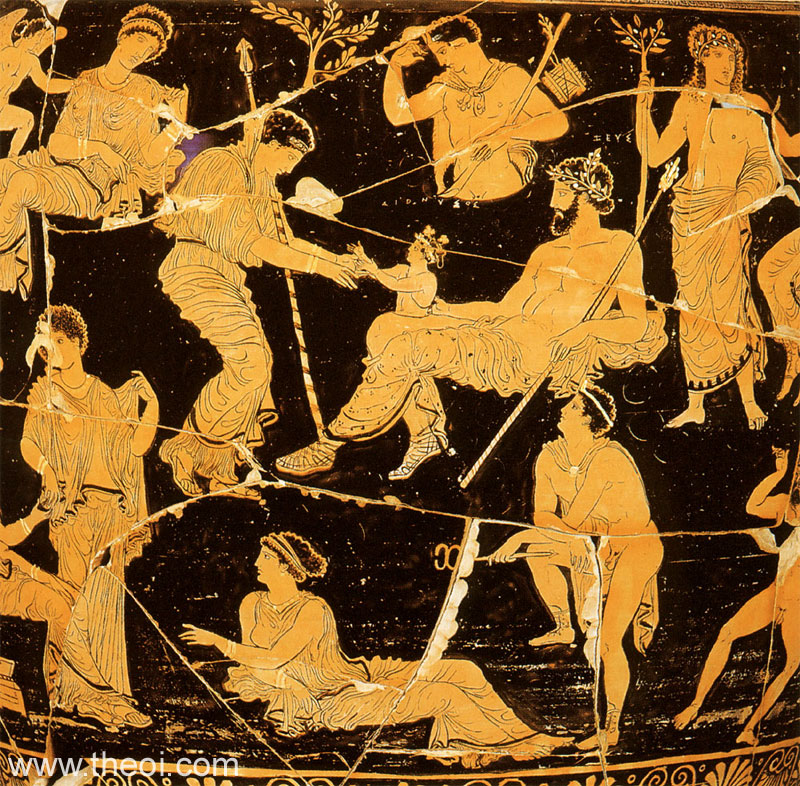 Dionysus is born from the thigh of Zeus. Hera reaches out to snatch the child as other gods pay witness to the scene including Aphrodite and Eros (upper left), Pan (upper center), Apollo (upper right), Artemis (not shown), the three Nysiad nymphs (lower left), Hermes (lower right) and Silenus (not shown).

Dionysus is depicted as an infant crowned with a wreath of ivy emerging from the thigh of Zeus. He stretches his arms to either ward off or embrace the goddess Hera. Zeus reclines on a hill, decked with a wreath of laurel and bearing a royal sceptre. The god Apollo stands behind him, the shepherd Pan above, and Hermes below. The divine herald stands ready to deliver the infant to the care of Silenus and the Nysiad nymphs. The grasping Hera wears a stephane crown and bracelets and bears a striped royal sceptre with a lotus-shaped head. 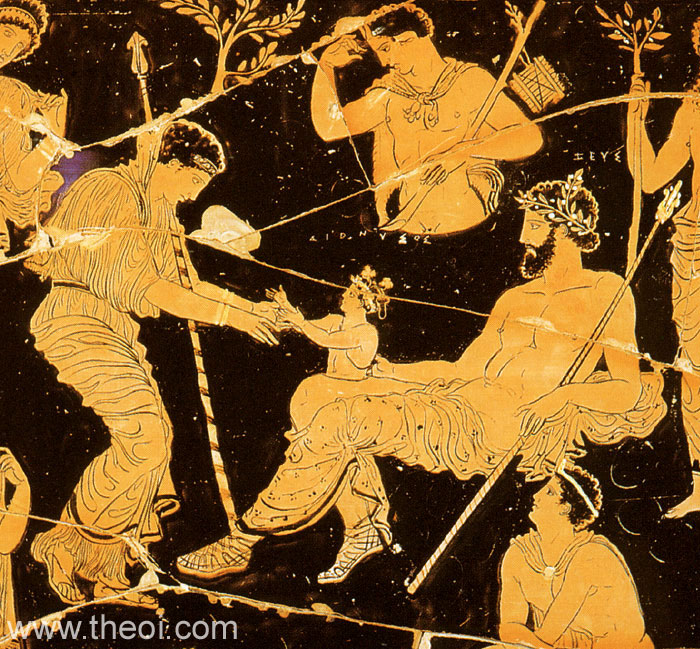 Detail of Hera, Zeus and the infant Dionysus.