The family tree of the ancient Greek gods is depicted here in a large series of charts which include a short summary of the main gods, an illustration of Hesiod's Theogony, and a comprehensive eight-part set sourced from a broad selection of ancient texts.
There are two versions of each chart--one with the common English name-spellings and a second with precise transliterations of the ancient Greek names. 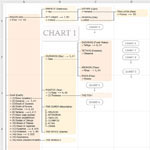 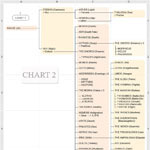 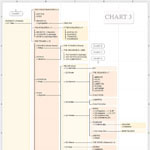 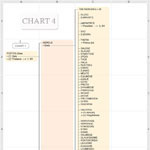 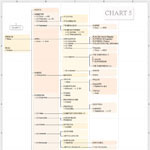 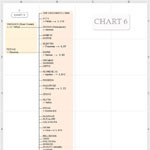 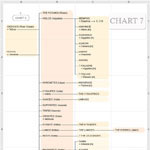 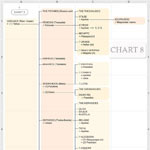 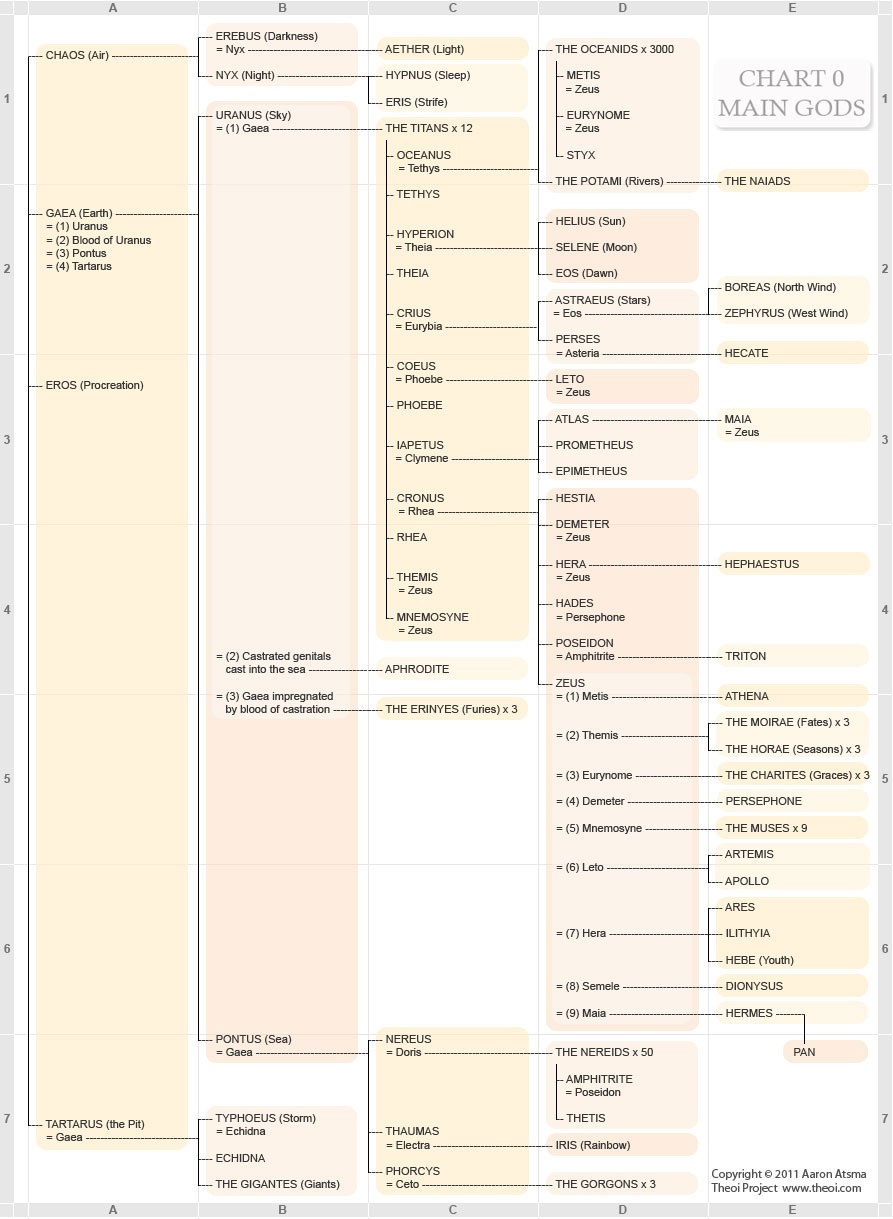 CHART HESIOD
The Theogony of Hesiod.
The family of gods as described in Hesiod's epic poem. There are three versions of this chart:-
1. Greek Names (Transliterated)
2. Greek Names (English Spelling)
3. Roman Names

The complete family tree of the gods is displayed over eight indexed charts. The basic structure follows Hesiod's Theogony, but that author's genealogies have been expanded with a plethora of additional gods, spirits and creatures sourced from other classical sources. Where there is disagreement amongst ancient writers as to the genealogy of a certain character, the oldest and/or most popular source has been selected for the chart.

An additional family tree depicts the divine genealogy given in Hesiod's Theogony.

Click on any name in the chart to view the full page entry for that individual.

INDEX
Index of names in the family tree.

KEY
Overview of and key to reading the charts.

CHART 1
The Cosmogony of the Gods.
The primordial gods or protogenoi.

CHART 2
The Children of Night.
The spirit descendants of Chaos (Air), Nyx (Night) and Eris (Strife).

CHART 3
The Children of Heaven.
The Titan gods, their siblings and descendants.

CHART 4
The Children of Sea, Storm and Earth.
The family of sea gods, the monstrous offspring of Typhoeus, and the tribes of earthborn men and giants.

CHART 5
The Gods of Olympos.
The family of Zeus, Poseidon and the younger Olympian gods.

CHART 6
The Oceanids.
The daughters of Oceanus.

CHART 7
The River-Gods & Nymphs.
The Rivers and Naiads of North Africa, Asia and north-eastern Europe.

CHART 8
The River-Gods & Nymphs.
The Rivers and Naiads of Greece and Italy.

This is a simple graphic depiction of the family of the main gods of the pantheon: beginning with the Protogenoi in the centre, the ring of Titan gods and their families on the right, the children of Kronos in a ring at top, and the Olympian offspring of Zeus forming a ring left. The spirits and sea-gods stand bottom left and centre. The background is from a C6th B.C. Athenian black figure vase painting. 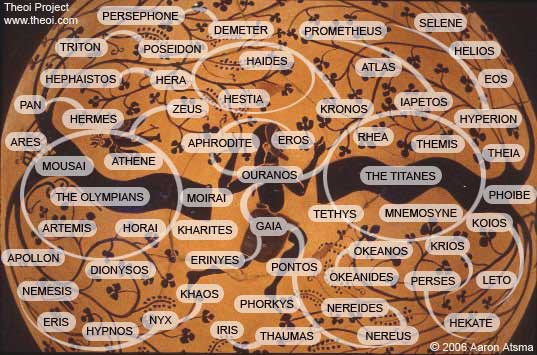