Achilles has an enormous reputation in Greek mythology because of his near-immortality. No harm came to him no matter where on his body he was struck — all except for his heel, which ended up being the reason for his undoing. Achilles’ stories in Greek mythology are the prime reason why today we call the back part of someone’s heel, their Achilles. 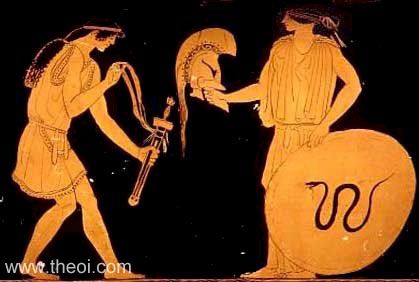 Yes, Achilles was a warrior, but he was also a demigod. His parents were Peleus and Thetis. Peleus was a grandson of the God of thunder, Zeus. Achilles inherited Zeus’s god-like strength, as well as power from his mother, Thetis, who was a sea nymph and the granddaughter of Gaia.

The genes Achilles received at birth are a big part of the reason why he became one of the strongest and almost undefeated warriors of the Trojan War. He also had additional strength and invincibility on top of his demigod powers, because of what his mother, Thetis, did.

As the legend goes, Thetis took her son, Achilles, to the water of the Styx and dipped him in the river. When Thetis did this, she held Achilles by the back of his heel, which became his only spot of weakness since it did not touch the healing waters. The rest of his body became invincible to all of those who fought him. Thetis only intended to keep Achilles from dying, but she did much more than that.

The Styx is a nymph that became the main river in the Underworld that serves as a passageway for souls of the dead.Usually, the water in the river Styx is poisonous to anyone who touches it, but that was not the case for Achilles; perhaps due to Achilles being born a demigod and the descendant of both Zeus and Gaia. The water made him invincible.

Achilles in the Trojan War 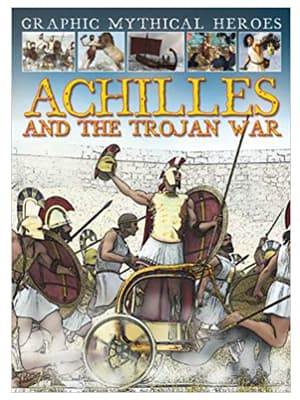 According to Greek mythology, the Trojan War was influenced strongly by the Gods of Olympus. Zeus, the ruler of the gods, meddled in the political and emotional affairs between the Greeks and the Trojans, causing them to come onto the brink of war with each other. Their relationship finally ended and turned into battleafter Aphrodite put her influence on Paris.

Paris was the prince of Troy at the time, and he was very young. Per Zeus’s request, Paris had to declare which goddess was the most beautiful, between Hera, Athena, and Aphrodite. Of course, Paris chose Aphrodite, since she is the goddess of love, after all.

However, Aphrodite’s reward to Paris was the promise of the hand of the most beautiful woman on Earth. The woman she chose was Helen, who was already the wife of Menelaus, the King of Sparta or Greece. It was Aphrodite’s influence that pushed Paris to steal Helen for himself. Menelaus grew a searing hatred for Paris and assembled an army of Greece’s mightiest warriors, including Achilles and his Myrmidons.

Menelaus’ army fought Paris and the Trojans in the Trojan War, which lasted for ten years before it finally came down to the last battle. However, this battle wasn’t between Paris and Achilles; it was between Achilles and Hector, Paris’s brother. Achilles had no personal quarrel with Paris or Hector until Hector killed his cousin, Patroclus. Achilles died in the fight with Hector when an arrow shot through the back of his heel, in his tendon.

The story of Achilles and the Trojan War is in both the Iliad and the Odyssey, by Homer; but each tells a slightly different version of the course of events Achilles went through and when exactly he died. However, both speak of the same fate that overcame Achilles, and that it was by an arrow through his heel. This story is why today we refer to the tendon on the back of a person’s heel as their,“Achilles tendon.”

Was Achilles Disguised as a Girl?

Yes, Achilles was disguised as a girl for some time while he was growing up. When Achilles was just a boy, a seer predicted that he would die at the age of nine. This prediction brought sadness to Achilles’ mother, and she refused to let him die, so she sent him to live with the royal family of Lykomedes on the island, Skyros. To those around him, he appeared as a girl because of the disguise Thetis put on him; but he eventually left and joined the Greek army.

According to the gods, Achilles was always meant to be a warrior. No matter what Achilles did, he would eventually become a warrior and ultimately die in his last battle with Hector.

Later in life, Achilles’ son, Neoptolemus (also called Pyrrhus), who was a warrior, also lived on the island of Skyros. Neoptolemus’s mother was Deidamea, the daughter of Lycomedes.

The Myrmidons came from long before Achilles was born. Some sources say that they weren’t from ants but instead came from Myrmidon, the son of Zeus and Eurymedusa, who was seduced by Zeus in the form of an ant.

Achilles was one of the greatest warriors in all of Greek mythology. He is best known for his death during his fight against the prince, Hector. Achilles was struck through the back of his heel, the weakest point on his body, and became the reason for why we today call the back of a heel, an Achilles Tendon.

Achilles was a demigod, so most other warriors did not succeed at beating him, but even Achilles had a weakness.