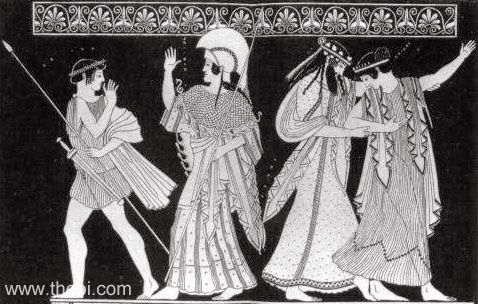 Athena commands Theseus abandon Ariadne on the island of Naxos and guides him back to his ship. Dionysus discovers the maiden and leads her away to become his wife. Dionysus is bearded and wears a wreath of ivy, Ariadne is adorned with a crown, and Athena is draped with the aegis--a snake-trimmed cloak.