K4.6 THE JUDGEMENT OF PARIS 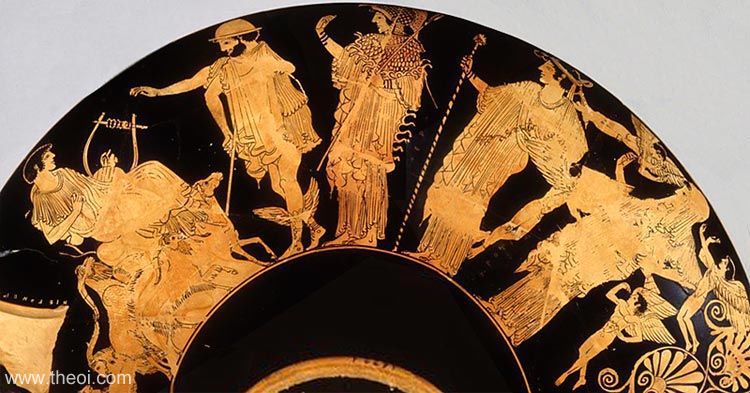 Side A: Hermes leads the goddesses Aphrodite, Athene and Hera to Paris in the contest for the golden apple. The Trojan prince is depicted as a shepherd boy sitting on a rock, playing his lyre and surrounded by sheep. Hermes leads the goddesses, holding a kerykeion (herald's wand) in his hand, and wearing a petasos cap and winged boots. Athena follows crowned with a helm, holding a spear and wearing the snake-trimmed aigis cloak. After her comes Hera holding a royal sceptre, and lastly Aphrodite veiled and surrounded by a host of winged Erotes (Loves).
Side B: Paris leading away Helen (not shown).