K6.9 THE DEATH OF ACTAEON 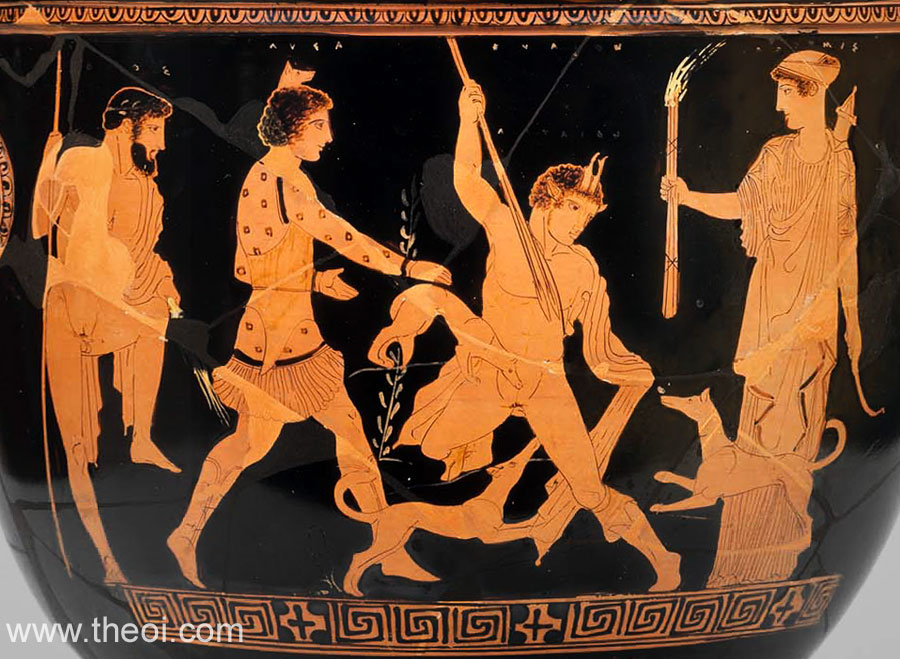 The hunter Actaeon is transformed into a stag and a torn apart by his own hounds. He is depicted as a nude, beardless youth equipped with a pair of hunting spears, wearing knee-length boots and a cloak draped loosely about his left shoulder and arm. His metamorphosis is visible in the stag's ears and horns sprouting from his brow. Three hounds savage him, one nipping at his groin, another at his thigh, and a third at his hand.

To his left stands Lyssa, the goddess of madness, driving the dogs into a state of rabid frenzy. She is depicted as a Thracian huntress earing a fox-head cap. Zeus stands behind her passively observing the scene.

Artemis stands on the right holding a torch in one hand and a bow in the other. She wears a long robe, bonnet (sakkos) and a quiver on her back.