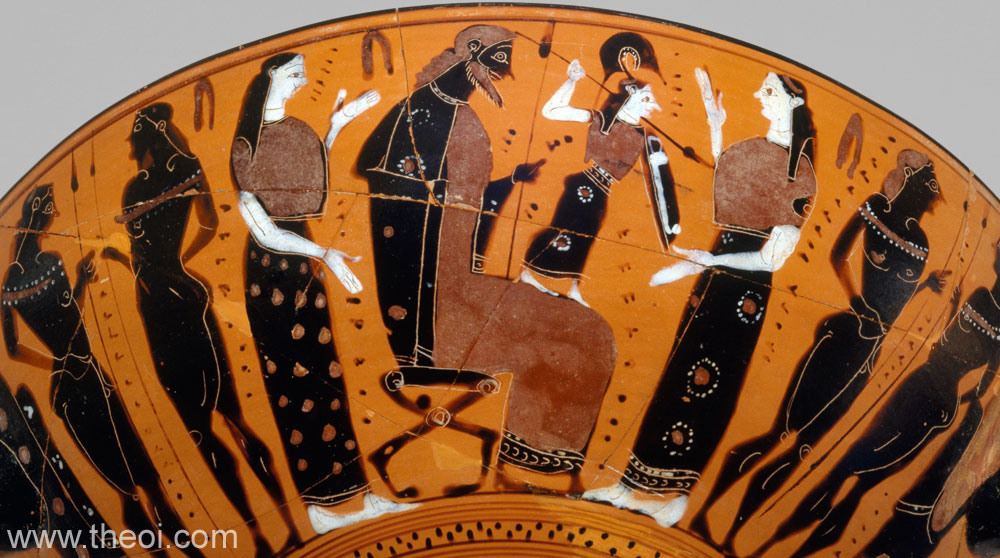 Athena stands upon the lap of Zeus following her birth from his brow. The king of the gods is seated on a stool and holds a royal sceptre in his hand. Athena, depicted as a child, brandishes a spear and is equipped with a shield and a peaked helm. The pair are flanked by the twin Eileithyiae (birth-goddesses) who act as midwives with raised arms. Beyond them stand four naked youths holding spears and two maidens (only partially visible in this image) wearing long robes. These may be the Curetes and Idaean nymphs--one-time guardians and nurses of the infant Zeus reprised of their roles for the new-born goddess. Alternatively, the figures could be mortal Athenian witnesses of the birth dressed in festival attire.

The same scene is repeated on the other side of the cup with the figures clothed in differently patterned and/or coloured outfits.

Detail of the goddess Eileithyia.