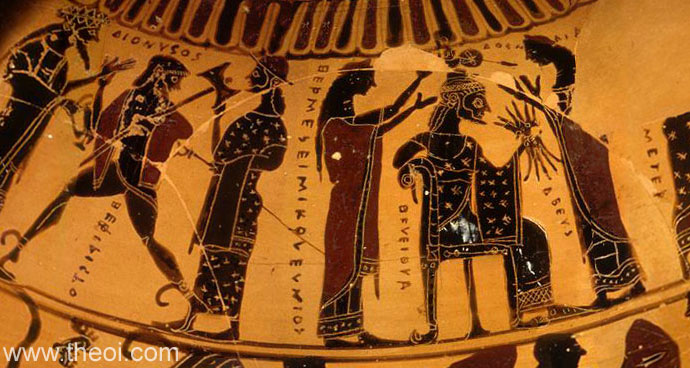 The goddess Athena is birthed from the head of Zeus. The king of the gods sits on a crane-backed chair holding a lightning bolt in his hand. He is flanked by the goddesses Eleithyia and Demeter who raise their arms as midwives of the child. On the left stand Dionysus crowned with ivy, Hephaestus bearing the axe used to split open the skull of the god, and Hermes with a herald's wand. Three more deities stand on the far right (not visible in this image)--a god, a goddess (both damaged), and Apollo. The names of the figures are painted on the vase.