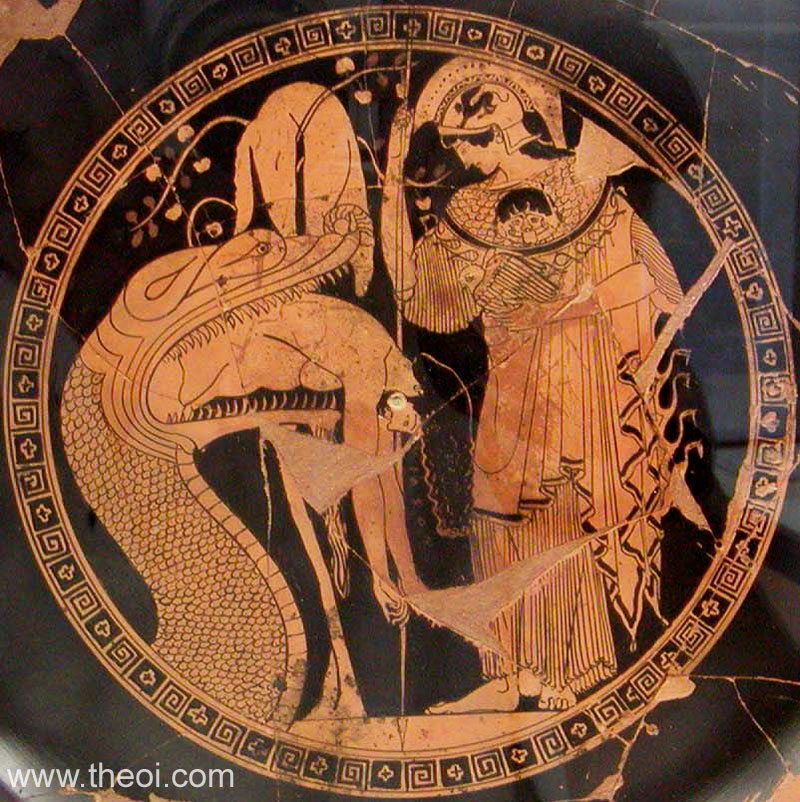 The Colchian Dragon disgorges the hero Jason before the tree hung with the Golden Fleece in the sacred grove of Ares. The hero's patron-goddess Athena oversees his salvation. She wears a Sphinx-decorated helm and Gorgon-headed, serpent-trimmed aegis cloak, and holds a spear in one hand and small owl in the other.
This version of the myth is from a lost work by an unknown ancient Greek writer.