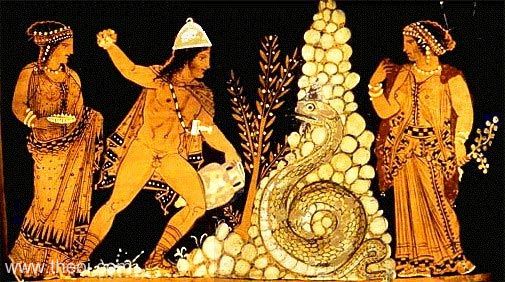 Cadmus confronts the dragon-serpent of the sacred Ismenian spring. The hero holds a water-jug (hydria) in one hand and wields a stone in the other. His bride, the goddess Harmonia, stands behind him. The serpent is coiled before the spring which is represented by a pile of stones, a shrub and the water's native Naiad-nymph Ismene. A number of gods witness the scene from above (see other images).