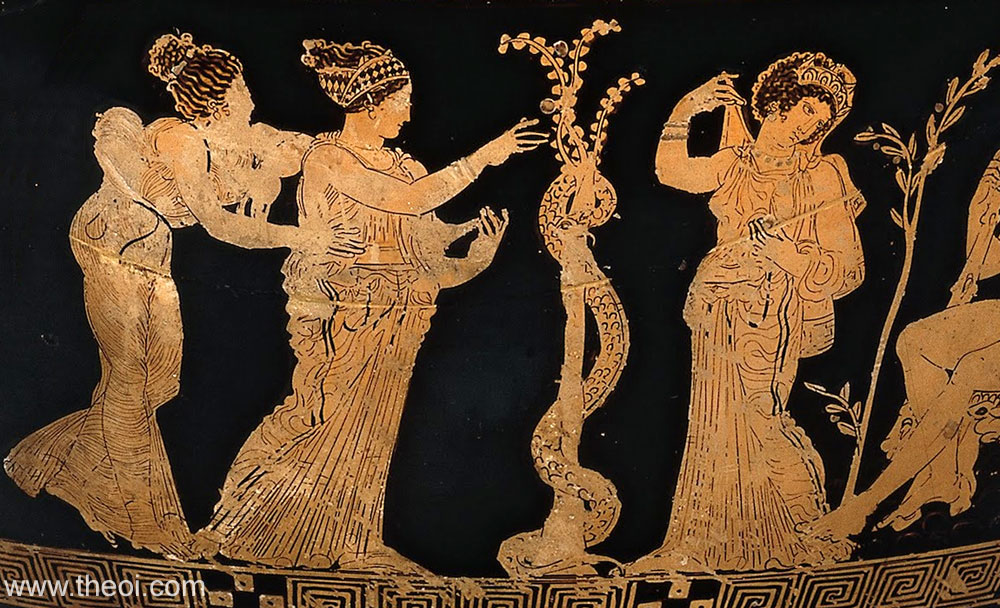 Side A: The three Hesperides (from left to right) are named Asterope, Chrysothemis and Lipara on the vase. The tree of the golden apples stands between them, wrapped in the coils of the draconic serpent Ladon. It bears two golden apples, one of which the Hesperid Chrysothemis is about to pluck. The third apple is held by Lipara who gazes over her shoulder at the seated figure of Heracles (partially shown).

Side B: The rape of the Leucippides (see other image). 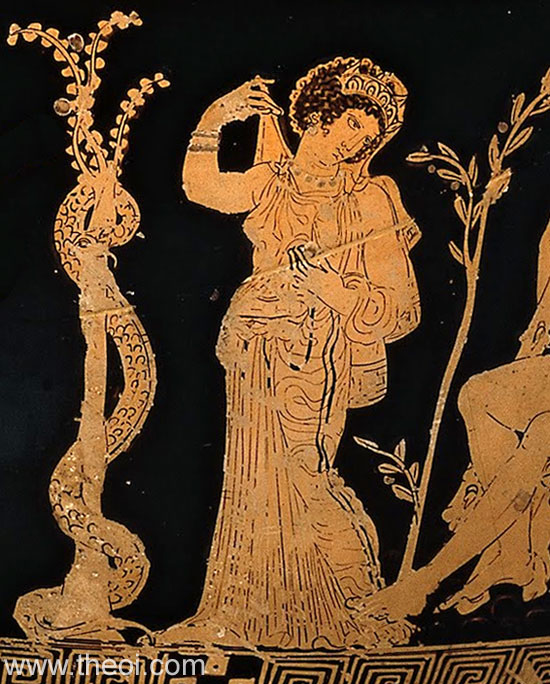