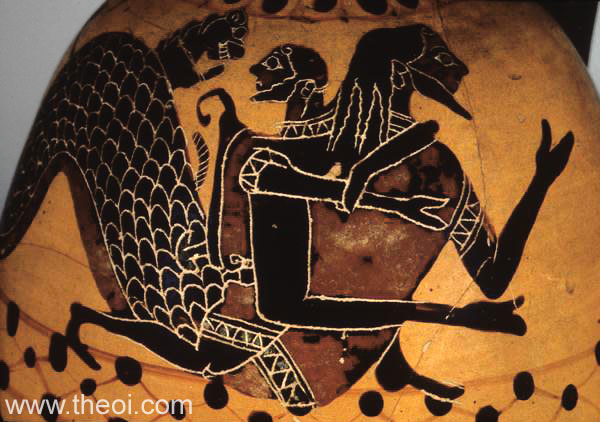 Heracles wrestles Nereus, the old man of the sea. The marine god is depicted with the head, arms and torso of a man and the fail of a serpentine fish in place of legs. He wears a short chiton and a panther sprouts from his tail--symbolizing his powers of metamorphosis. The figure could also be Triton but the chiton and shapeshifting suggest the elder Nereus (compare image P10.1).

The myth is briefly described by one ancient Greek writer:
"Herakles took hold of him as he lay sleeping, and bound him fast as Nereus changed himself into all sorts of shapes; he did not let him loose until Nereus told him where the [golden] apples and the Hesperides were." - Apollodorus, The Library 2.114