T1.7 THE BIRTH OF ERICHTHONIUS 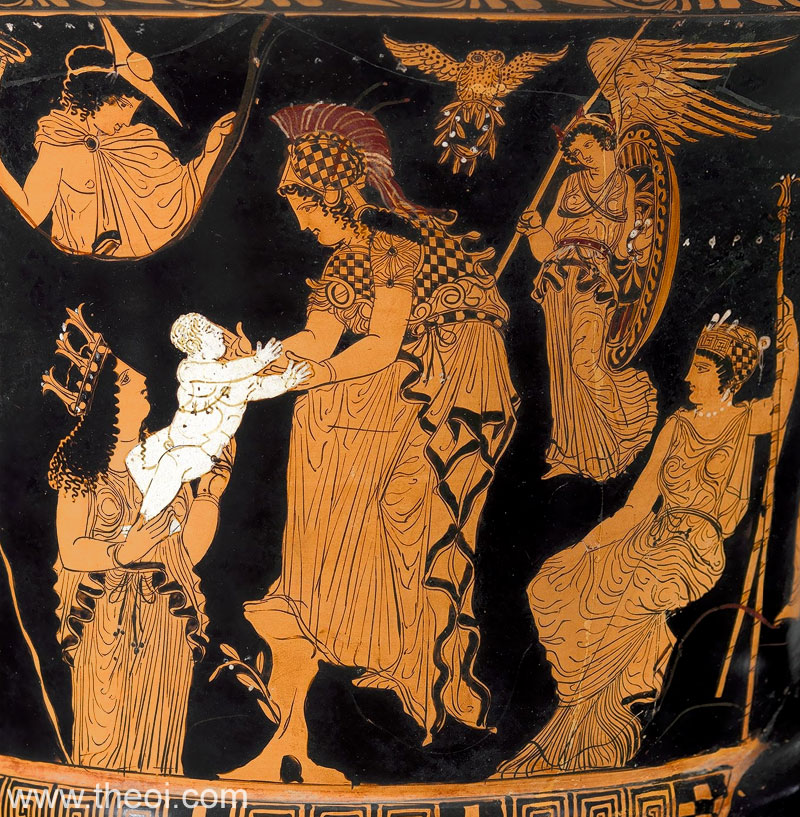 Gaea (the Earth) hands her newborn son Erichthonius over to the foster-care of the goddess Athena. Gaea is depicted as crowned, matronly woman partially risen from the earth, inseparable from her native element. Athena wears a helm and the serpent-trimmed aegis cape, and is accompanied by a flying owl carrying an olive wreath. In the upper left hand corner Hermes observes the scene from heaven. Athena's handmaiden, the winged goddess Nike (Victory), carries her mistress' spear and shield. Aphrodite is seated below her holding a royal sceptre. 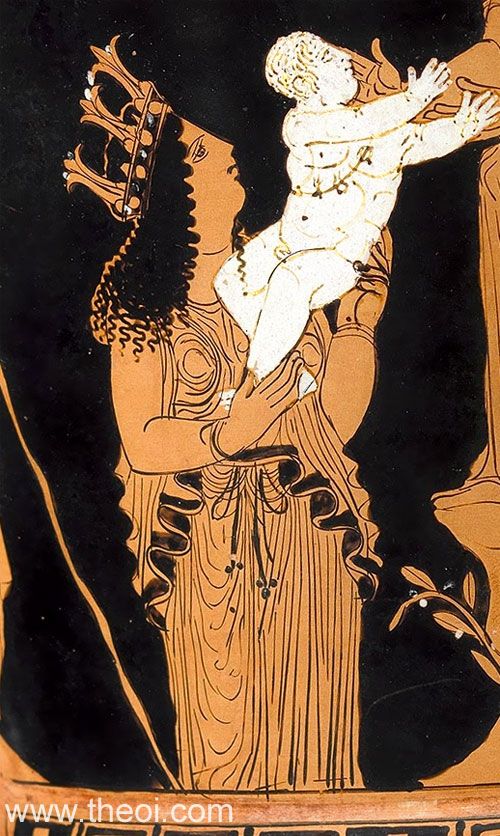 Detail of Gaea and the infant Erichthonius.