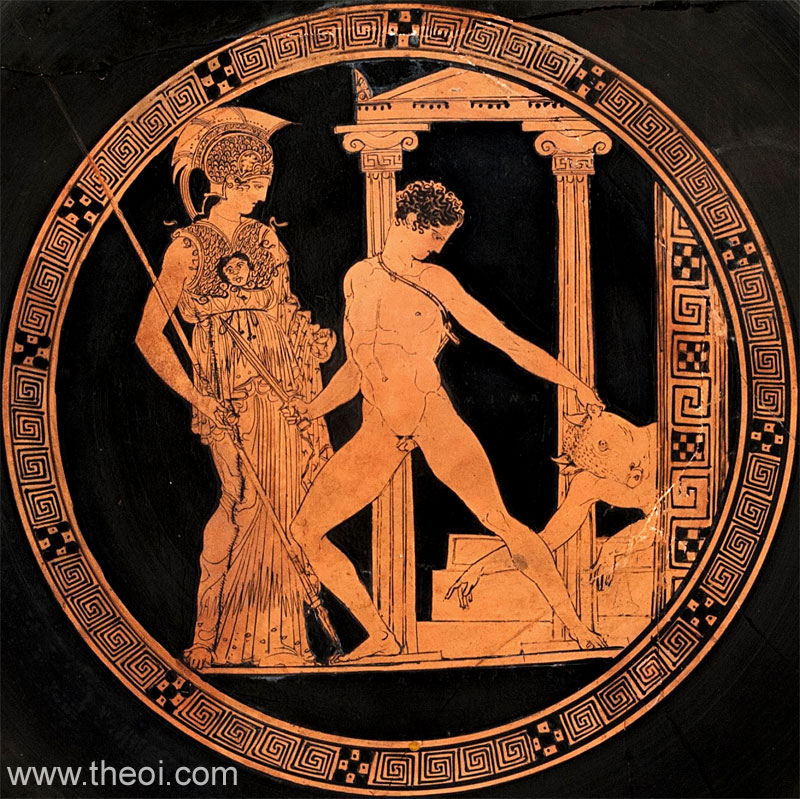 Tondo: Theseus drags the dead, bull-headed MInotaur from the gates of the labyrinth. He is accompanied by the goddess Athena who wears a crested helm and aegis vest set with the head of the Gorgon. She holds a spear and the hero a sword.

Sides A-B: The deeds of Theseus (see other image).