T40.7 THE PURIFICATION OF ORESTES 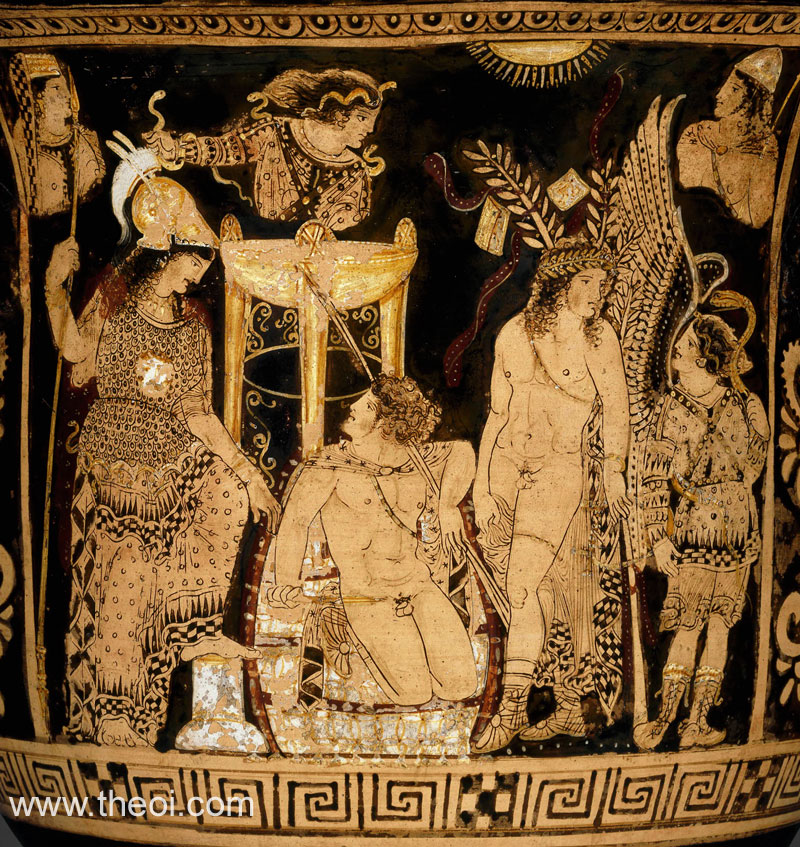 Orestes is purified by Apollo at the shrine of Delphi. The hero crouches in supplication at the holy omphalos stone below the sacred tripod. Apollo stands beside him conversing with an avenging Erinys (Fury). The god is crowned with a wreath of laurel and holds a laurel-branch in his hand. The winged vengeance-demon is dressed as a huntress with a knee-length skirt and boots. On the opposite side stands the hero's patron-goddess Athena. She wears a crested helm and Gorgon-headed aegis cloak. The ghost of Clytemnestra observes the scene in the upper left-hand corner. Before her, just above the tripod, is a second Erinys wreathed in vipers.

Detail of Apollo and Erinys. 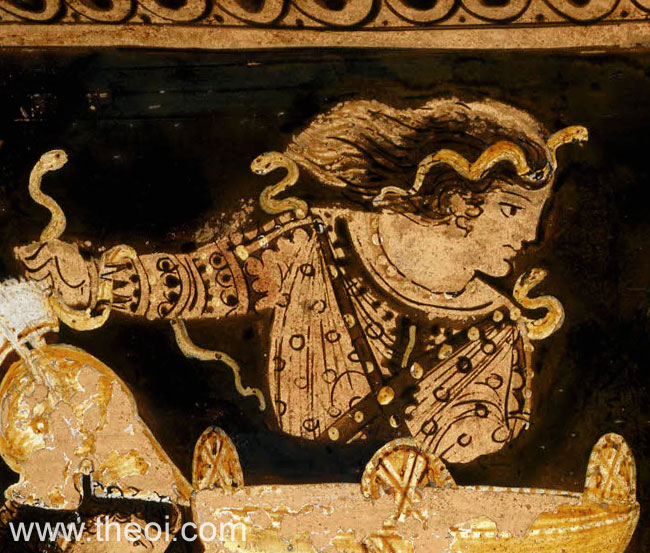