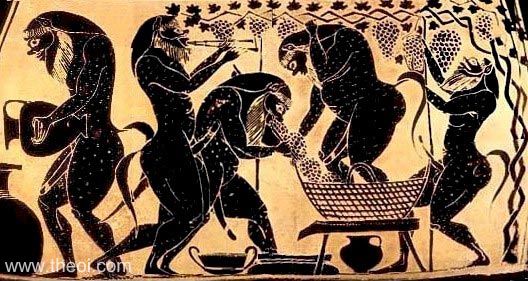 Side A: A group of Silens (or Lenae) produce wine--one picks grapes from a vine, another casts them into a vat, a third treads the trough, a fourth plays a double-flute, and the fifth pours the juice into a pithos jar for fermentation. The Silens are depicted as plump, old men with pug noses, assine ears and tails, and large, erect members.
Side B: Dionysus and Silens (not shown).