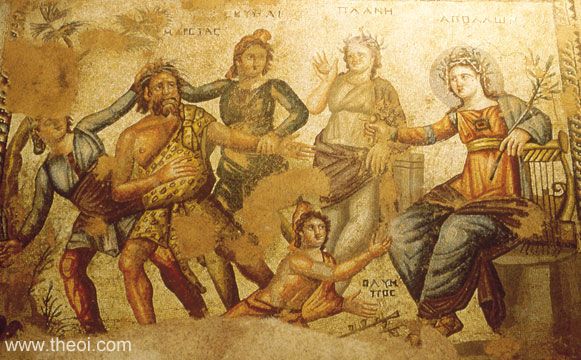 The god Apollo orders the flaying of the satyr Marsyas whom he has defeated in a musical contest. Two Maenads, one named Kythai, apprehend the satyr. He is depicted with assine ears and clothed in a leopard-skin robe. The seated god is crowned with a wreath of laurel and a shining aureole, rests his arm upon a lyre, and holds a laurel-branch in his hand. He is accompanied by the nymph Paane. A youth named Daympos, wearing a peaked Phrygian cap, crouches before the god pleading for the life of the satyr.