Uranus: Ancestor to the Greek Gods 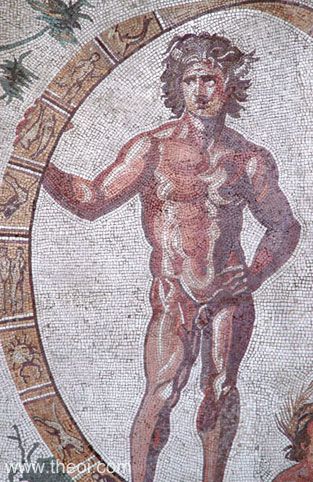 In the beginning, Father Sky, also known as Uranus, gave birth to the Twelve Titans. These Titans included Rhea and Cronus, mother, and father to Zeus. Cronus was jealous of his father’s power and rule, and Gaia was infuriated with him because he ostracized her youngest children from being able to ever see the light of day. Because of this, Gaia asked Cronus to castrate Uranus, to which Cronus agreed and fulfilled the task.

Once Uranus was castrated, Cronus and Rhea took over the throne. This was the period of the Golden Age, which everyone seemingly got along. Cronus and Rhea had five children: Demeter, Hestia, Hades, Poseidon, and Hera. Cronus learned from Uranus and Gaia that his children were going to overthrow him, just as Cronus had overthrown Uranus. To keep this from happening, Cronus ordered Rhea to swallow all of her children.

When Rhea was pregnant with Zeus, she devised a plan with Gaia, Mother Earth. She asked Gaia to save her children and to make Cronus pay for what he had done to both his children as well as Uranus.

Rhea gave birth to Zeus on the island of Crete without Cronus knowing. After he was born, Gaia took Zeus and hid him in a cave on Mount Ida in Crete. Meanwhile, Rhea gave Cronus a stone wrapped in a blanket to mimic her newborn son, Zeus. Cronus swallowed the stone so that he would not be overthrown by any of his children.

After Zeus had grown up, he went home and found Cronus. He forced Cronus to consume a substance that would make him throw up. Cronus began to throw up each of his children in the reverse order that they were consumed.

The cyclopes forged Zeus his thunderbolt, which would become his most iconic symbol and weapon he would use. After a 10-year-long battle, the Olympians overthrew the Titans, and they were now the rulers of the universe.

Zeus Becomes God of the Sky

Zeus, being the fair and logical brother, decided each brother would draw lots to see which area of the universe they would rule.

Zeus: God of the Sky, King of the Gods

Once Zeus became god of the sky, he noticed the immortals had stopped praying to the gods. The mortals seemed to have everything they needed, so they had no reason to pray. Zeus decided to fix that by sending a variety of hardships for the humans. There would be great droughts and floods, forcing the humans to pray to the gods for help. Zeus married Hera, his sister, and fellow Olympian, and had three children together.

Zeus was the Greek god that both deities and man would call upon for help. Zeus would help the other gods, goddesses, and mortals if they needed help, but would also invoke his wrath upon them if he felt they weren’t worthy of his help. This made Zeus the strongest Greek god in Greek mythology.