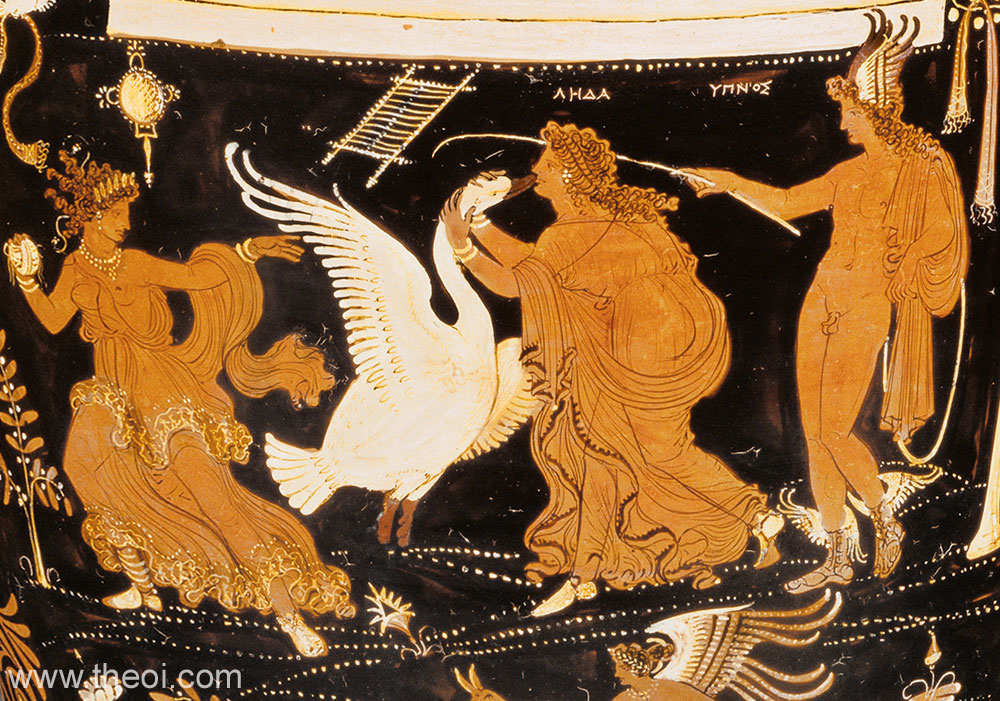 Detail of Peitho, Leda and Hypnos from a painting depicting the tale of Leda and the Swan.

Zeus seduces Leda in the guise of a swan. She strokes the bird's head and neck and kisses it on the beak. Hypnos (sleep personified) waves a wand beside her head. His brow and boots are winged and he wears a cloak draped over one shoulder. According to the poets the god's device was a branch of yew wetted in the somnolent waters of the river Lethe. On the left Peitho, the goddess of persuasion and seduction, presides over the scene with her arm outstretched and left breast bared. She wears a stephane crown, double necklace and bracelets and holds a ball of twine.

A nymph, goddess or woman stands on the far right, plucking an apple from a tree (not shown here). She may be Eris, the goddess of discord. In the myth Leda's seduction resulted in the birth of Helen of Troy, who Aphrodite promised Paris in return for awarding her the golden apple of discord cast by Eris amongst the goddesses. 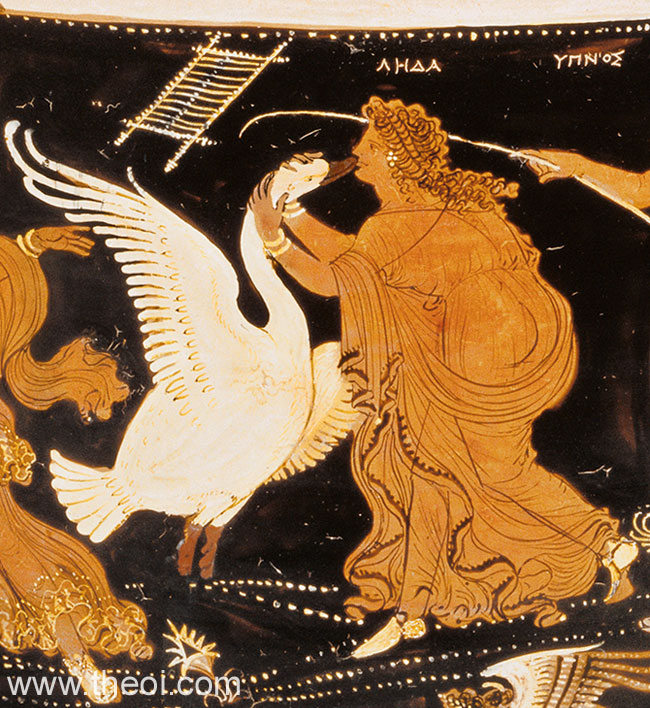 Detail of Leda and the Swan.