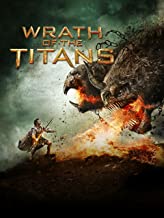 In his story, Perseus is the Greek hero who beheaded the Gorgon Medusa. Medusa was one of three sisters, and she was actually born with great beauty. She was so beautiful that Poseidon was enamored by her beauty and impregnated her inside Athena’s temple. To punish her, Athena transformed Medusa into a hideous monster with snakes for hair and cursed anyone who looked into Medusa’s eyes to be turned to stone. Because of Medusa’s ability to turn anyone to stone who looked into her eyes, Perseus had to be extremely careful when attempting to behead her. Greek goddess Athena had given Perseus a polished shield that he used as a mirror to sneak up on Medusa and behead her.

In the underworld with Hades is the three-headed dog Cerberus. Not only did Cerberus keep Hades company, he also had an important job of guarding the entrance to the underworld to make sure that no souls left and that no one entered to steal souls.

During the final of the 12 Labors of Hercules, Hercules has to steal the Cerberus dog from the underworld. There are two versions of Hercules stealing Cerberus from the underworld. One version says that Hercules asked Hades if he could take Cerberus to which Hades replied yes, on one condition: he must command Cerberus to come with him without using any of his iron weapons. In this version, Hercules uses the lion skin as a shield and replaces the iron arrows with stone.

Hades does not allow Hercules to use these alternative weapons to take Cerberus, so Hercules shoots Hades with his stone arrow. Hercules then takes his wooden club and uses it against Cerberus to seize him.

Polyphemus was infuriated and smashed in the heads of two of Odysseus’s men before eating them. Odysseus and his men could not overpower the giant cyclops, even if they banded together, for Polyphemus was too big and too strong.