Selene is a Titan goddess in Greek mythology. Selene is the daughter of Titans Hyperion and Theia. Her brother, Helios, is the god of the sun, and her sister, Eos, is the goddess of the dawn.

During the night, Selene would drive her chariot with the moon across the sky. As the night was ending and the day was beginning, Eos would make her appearance in the sky as the goddess of the dawn. 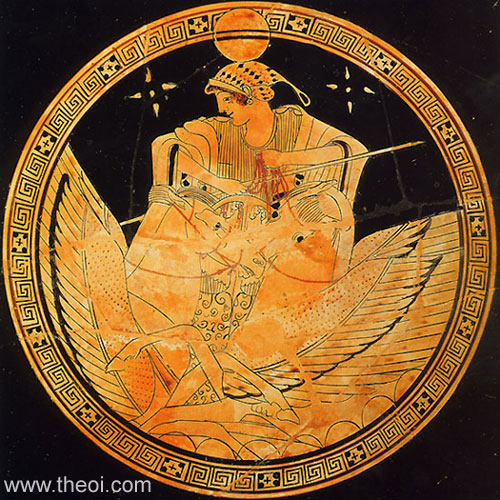 Selene was worshipped in Greek mythology because of her ability to pull the moon across the sky with her chariot to provide a bright light in the otherwise dark sky. Selene was considered the all-seeing eye of the night because the moon would always be visible in the night sky, and no one could run from it.

Selene also had the power to give sleep to mortals by allowing them to have a period of the day with no sun. Selene represents constant change. As the moon would go through different phases each month, Selene personified life’s constant changes.

Another power that Selene possessed was the ability to allow mortals to dream while they slept. She would often visit mortals in their sleep and give them an answer to a question they may have been asking.

One of the most popular myths of Selene was the story of her relationship with Endymion.

Selene began having a relationship with the mortal Endymion. Endymion was a shepherd who lived in Greece on Mount Latmos. Selene was enamored with Endymion and asked Zeus if he would grant Endymion with eternal youthfulness.

Zeus would grant her wish by putting Endymion in an eternal sleep in a cave on Mount Latmus where Selene would visit him each night. Selene and Endymion would have fifty children together.

This is true for Selene and Artemis. As Selene was the goddess of the moon and used her powers to pull the bright moon across the dark sky, the goddess Artemis used this to her advantage. Artemis is the goddess of hunting and animals and would use the light of the moon to help see the animals she was hunting.

Through time, Greek mythology transitioned from the Golden Age of Titans to the Silver Age of the Olympians. Thus creating the transition from Selene as a goddess of the moon to Artemis being associated with the moon.

Selene was Worshipped in the Sky

Selene is a Titan goddess who is the goddess of the moon. She would drive her chariot in the  night sky while pulling the moon. She was known for her personification of life’s constant changes. Selene had a brother and a sister. Her brother was Helios, the god of the sun, and her sister was Eos, the goddess of the dawn. Both Helios and Selene were known as being all-seeing eyes because of their constant place in the sky.