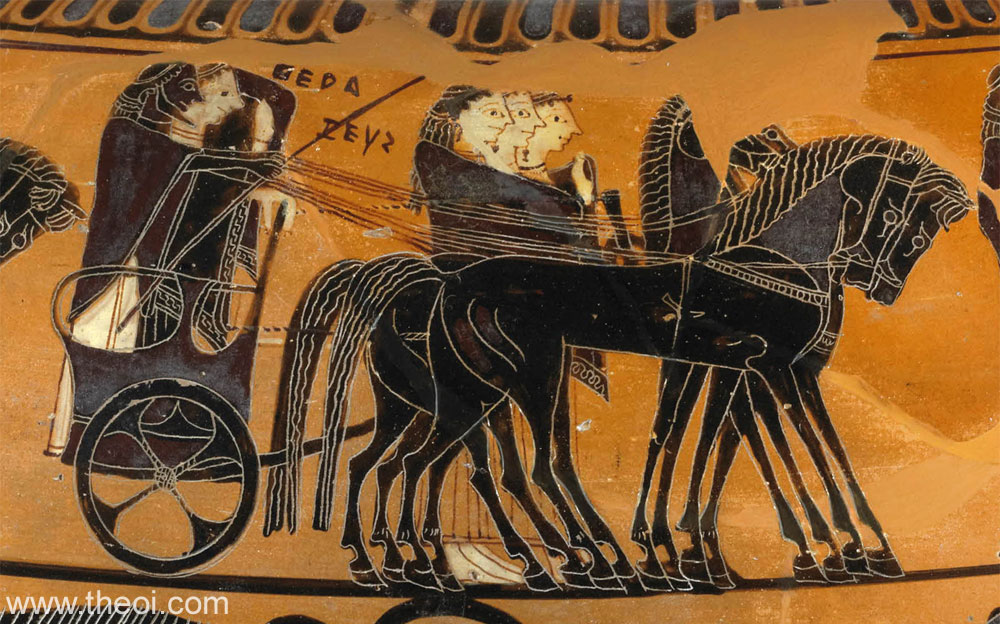 Detail of Zeus, Hera and the Horae (Seasons) from a painting depicting the procession of gods attending the wedding of Peleus and Thetis.

Zeus and Hera, the king and queen of the gods, ride in a chariot drawn by four horses. The three Horae (Seasons), handmaidens of Hera and ministers of Zeus, walk beside them. Hera's other handmaidens, the Charites (Graces), follow behind (see image K21.3). The Horae are preceded by their mother Themis and three sister Nymphs (see image T8.3). The figures are unremarkable and lack any indentifying attributes. The name label of the Horae is lost.

The three goddesses who competed for the golden apple of discord cast at the wedding--Hera, Aphrodite and Athena--are evenly spaced throughout the scene, with Hera standing in the first chariot, Aphrodite in the third, and Athena in the fifth.