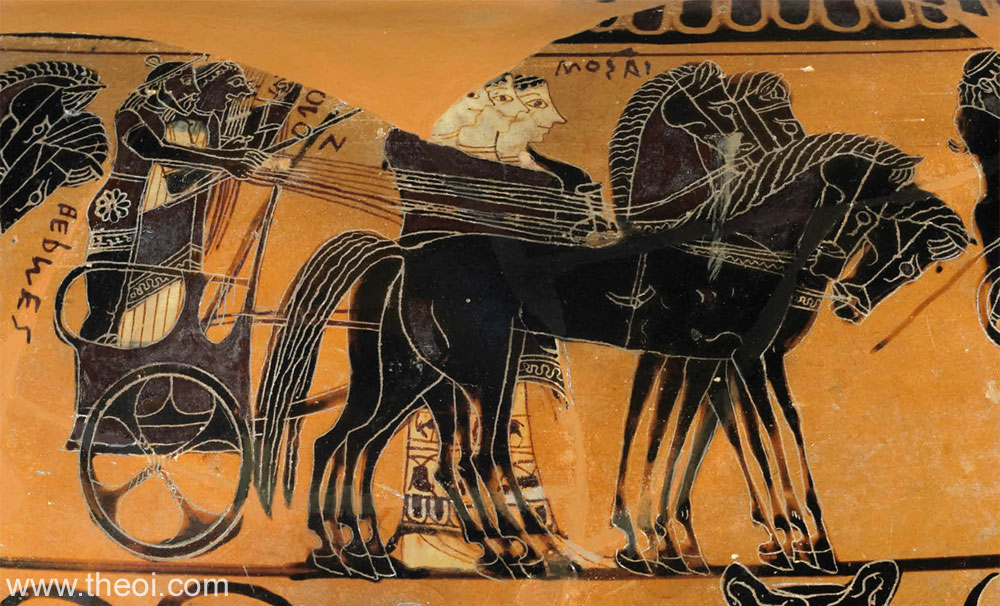 Detail of Hermes, Apollo and four Muses from a painting depicting the procession of gods attending the wedding of Peleus and Thetis.

The gods Hermes and Apollo ride in a chariot drawn by four horses, Hermes holding the reins and Apollo a lyre. Four of the nine Muses walk beside them. The other five Muses accompany the chariot of Ares (see image K20.11A).

The gods are arranged in sympathetic groupings. The two bachelor gods Hermes and Apollon ride in one chariot, followed by their maiden sisters Athena and Artemis in another. Apollo is preceded by the nine Muses as god of music, and followed by the three Moirae (Fates) as the god of prophecy (see image K16.1).