The Trojan War, although still believed to be a myth by many, was one of the most extensive and involving expeditions in the world at the time. According to Homer’s Iliad, the main source of information on the war, the sheer number of soldiers and resources mobilized for this war was mind-boggling.

Not only did it consist of a massive contingent from mainland Greece, but it also roped in quite an impressive number of allies. It went something like this:

The total number of ships involved is estimated to be around 1,200 with a massive military force of about 70,000 – 130,000 men. The Trojan war map is as complicated as that of any major war. A study into the events that precipitated the war goes to show that there were very many seemingly unrelated occurrences that led to the conflict.

Here are some highlights on the Trojan war map that can help clear things up and give you a readable picture of what exactly took place. 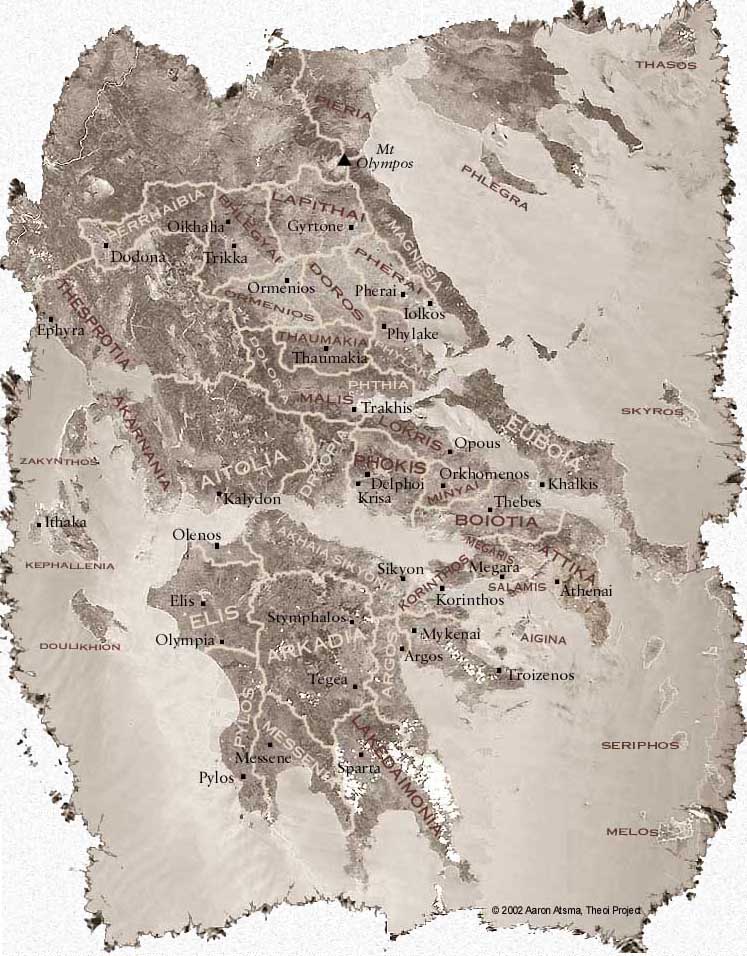 The best Trojan war map can be found in several books. The story is generally the same and includes all the major characters who shape and change the nature of the war. Here are the major pointers:

“The Judgment of Paris” Initiates the War

Legend has it that the war was primarily initiated by conflict among three goddesses: Aphrodite, Athena, and Hera. They were arguing about which one of them was the prettiest. The goddesses decided to pick a human as their judge, and they settled on Paris, a Prince of Troy. “The Judgment of Paris” basically ended with Paris awarding Aphrodite a golden apple signifies her as the prettiest of them all.

In exchange for his vote, Aphrodite promised Paris the most beautiful woman on Earth. That just happened to be “Helen of Sparta” who would, later on, come to be known as “Helen of Troy” or “the face that launched a thousand ships.” It didn’t matter to Aphrodite that Helen was already married to Menelaus, the King of Sparta.

As a guest of Menelaus, Prince Paris made advances on his wife and stole her. The story goes that Menelaus was well aware of the fact that his wife might one day be stolen from him. After all, she was already stolen once as a young girl by the hero Theseus, son of Zeus and cousin of Hercules. Helen had also been courted by almost all the leaders of the land.

When Menelaus finally won her hand in marriage, he made a pact with her father that should anyone steal her, all the other previous suitors would come to his aid to retrieve her. It is on this pact that Agamemnon, brother to Menelaus and king of Greece, rallied the massive force he had for the Trojan war.

Among the people called upon to fight Menelaus and Agamemnon’s war were Odysseus, one of the wisest military minds alive at the time and Achilles, arguably the greatest warrior to walk the Earth and a demigod. Most of these people weren’t too pleased to go to war for a cause that was not their own, so Odysseus feigned madness and Achilles pretended to be a woman. They were all discovered and drafted all the same.

Agamemnon Sacrifices His Own Daughter

Agamemnon’s family descended from the god Tantalus, one of Zeus’s sons. Tantalus was not held in favor with the gods because of his misdeeds (he once served them human flesh for the main course at a party. Needless to say, they did not look too kindly upon that slight). Agamemnon, being a descendant of Tantalus, had a way of annoying the gods. He once boasted that he was the best hunter in the world and that angered Artemis (the virgin goddess and huntress).

As punishment, Artemis held back the winds at Aulis so the ships couldn’t sail. To appease her, she demanded Agamemnon’s daughter as sacrifice. Only after he had painfully killed his own daughter did the goddess release the winds that sailed them to Troy.

Achilles, having been forcefully drafted, didn’t want to fight despite being able to pretty much win the war by his lonesome. So his best friend or cousin, Patroclus begged Achilles to let him lead his army, the Myrmidons, in battle. Achilles agreed and even lent him his armor. Patroclus was an excellent fighter, but he was no match for Hector, crown Prince of Troy and a world-renowned general/warrior. Hector killed Patroclus thinking that he was Achilles. That single act changed the tide of the war as there was now something personal in it for Achilles.

To avenge Patroclus, Achilles challenged Hector in single combat. As good as Hector was, he was no match for the demigod Achilles. Achilles killed Hector and in his grief, disgraced his body by dragging it behind his chariot. King Priam of Troy finally managed to convince Achilles to stop that madness and let Hector be buried with honor. Achilles agreed.

Achilles wasn’t born immortal. His mother, Thetis, had dipped him into the River Styx as a child to confer his immortality. Legend has it that she held him by the heel of his foot and that part didn’t get wet and therefore wasn’t immortal. Achilles sustained an arrow on that very spot and died from his injuries soon after his battle with Hector.

The war had raged on for a decade with no winners. It was a standoff until Odysseus, one of the smartest military minds alive, devised a plan to trick the Trojans. Because the Achaeans (Greeks) couldn’t penetrate Trojan defenses and city walls, Odysseus advised that they should build a huge horse where they would hide soldiers. This “Trojan Horse” was to be left at the gates of Troy, and the remaining Greek ships were to sail away.

When the Trojan saw the ships sailing away and found the huge wooden horse, they assumed that the Greeks had given up and that the horse was a peace offering. They dragged it inside the city walls and went about their business. At night, the Greek soldiers hidden within the horse came out and burned down Troy.

That is how the Greeks won the Trojan war.