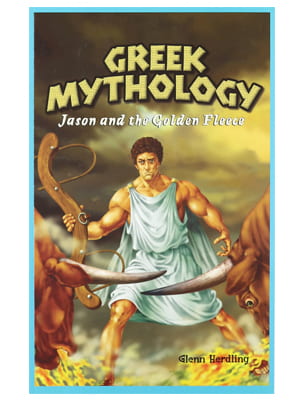 Greek Mythology in the Movies

Greek mythology is an entertaining and adaptable movie genre that has been shown on the big screen for decades. Some movies depict the mythology exactly as it is told, while other movies put a twist on the story to make it their own.

Here are the 6 best movies based on Greek mythology!

The story of Perseus slaying Medusa and rescuing Andromeda is portrayed in the 2010 movie Clash of the Titans. In addition to Greek hero, Perseus, and beautiful legendary princess, Andromeda, the movie also contains Greek gods Zeus, Poseidon, Ares, and Hades. Clash of the Titans is one of the top movies about Greek mythology because it includes so many characters from Greek mythology, as well as the legendary story of Perseus, Medusa, and Andromeda.

Disney’s Hercules is a loosely entertaining depiction of Hercules and his brute strength. This animated film takes each aspect of Hercules’s life and gives it a youthful understanding. There are many musical numbers throughout the film illustrating monumental moments in Hercules’s life. This animation focuses on Hercules’s marriage to Megara and his battle with Hades to save her.

Troy is based on Homer’s story of the Battle of Troy in The Iliad. The story begins as Paris convinces Helen, the Queen of Sparta, to leave her husband and sail back with him to Troy. The movie portrays the two nations of Greeks and Trojans battling each other in this cinematic version of the Battle of Troy.

Another Greek hero is Theseus. Theseus was a king and a founder of Athens, making him one of the top Greek heroes of all time. In the movie Immortals, the story of Theseus is played out on screen. The movie describes how the powerful Epirus Bow was lost during a battle between the gods, and now King Hyperion was in search of it. Theseus must overcome the evil King Hyperion and help save the gods.

A modern-day version of Homer’s The Odyssey is O Brother, Where Art Thou? The movie portrays Odysseus as an escaped convict named Ulysses Everett McGill and his two accomplices, Pete Hogwallop and Delmar O’Donnell. Ulysses, who goes by the name Everett, is attempting to get back home to his wife, Penny.

In The Odyssey, Odysseus’s wife is named Penelope, making Penny the modern-day version of her original name. In his journey home, Ulysses encounters a cyclops, sirens, and the cattle of Helios, all hurdles that Odysseus has to face in his epic journey home in The Odyssey.