In Greek mythology, Eros is the god of love, and Thanatos is the god of death, making them opposite of one another. The story of Eros and Thanatos inspired Sigmund Freud to create a psychological theory that a person’s instincts fall into one of two categories: the Eros category or the Thanatos category. Sigmund Freud believed that a person’s instincts are driven by life or death, and this theory is still studied and considered today. 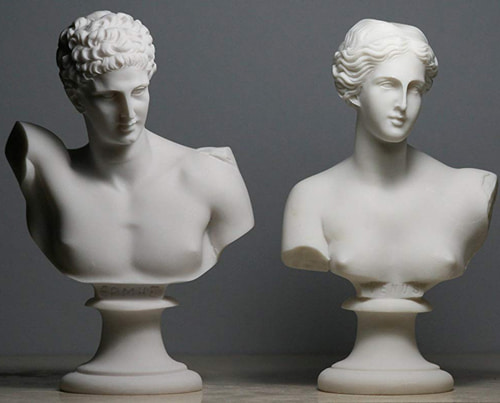 Eros has the ability to make mortals and gods fall in love by shooting them with his bow and arrow. This would work on both mortals and gods. Eros is portrayed as nice, compassionate, loving, and full of life. This is how Eros came to represent the instinct of life. People who are driven by life instincts are often happy, compassionate, and social.

Thanatos is the Greek god of death. He is the son of Greek goddess Nyx and Greek god Erebus. Nyx is the goddess of the night, and Erebus is the god of darkness. This makes Thanatos dark and negative.

Thanatos has a twin brother, Hypnos, who is the god of sleep. Thanatos is associated with violent death and would be called upon by gods who wished to inflict death upon one another. Thanatos often manifested anger, violence, and aggression. These characteristics are portrayed in those who are driven by death instincts.

Good vs. Evil, Life vs. Death, Eros vs. Thanatos

Eros and Thanatos are opposite of one another and represent the polar opposite instincts that Freud believes lie within each of us. According to Freud, people will instinctively choose life or death when making decisions.

Decisions based on life instincts represent Eros. These are decisions driven by pleasure, sexuality, love, procreation, and the need to get along with others. People with life instincts emit positive energy into the world and often display emotions of love, happiness, and affection.

Which One Are You?

Sigmund Freud believes that everyone falls into one of these categories.

Do you exhibit happiness, love, and compassion? Do you prefer social situations and enjoy getting along with others? Do you look after yourself, as well as those around you? These are all characteristics of life instincts that make you driven by Eros, the god of love.

Are you quick to anger? Do you display negativity? Are you aggressive, violent, or make impulsive decisions? If you display these attributes, you are driven by Thanatos, the god of death, as these are all death instincts.

While Eros and Thanatos have polar opposite characteristics from one another, they both have equally powerful influences on the instinct of human behavior. A person will fall into the category of life instinct or death instinct based on the decisions and energy they put into the world.

The best way to be your best self is to recognize which characteristics you tend to personify and adjust them accordingly. To be more like Eros, you can slow your anger and exhibit compassionate qualities.