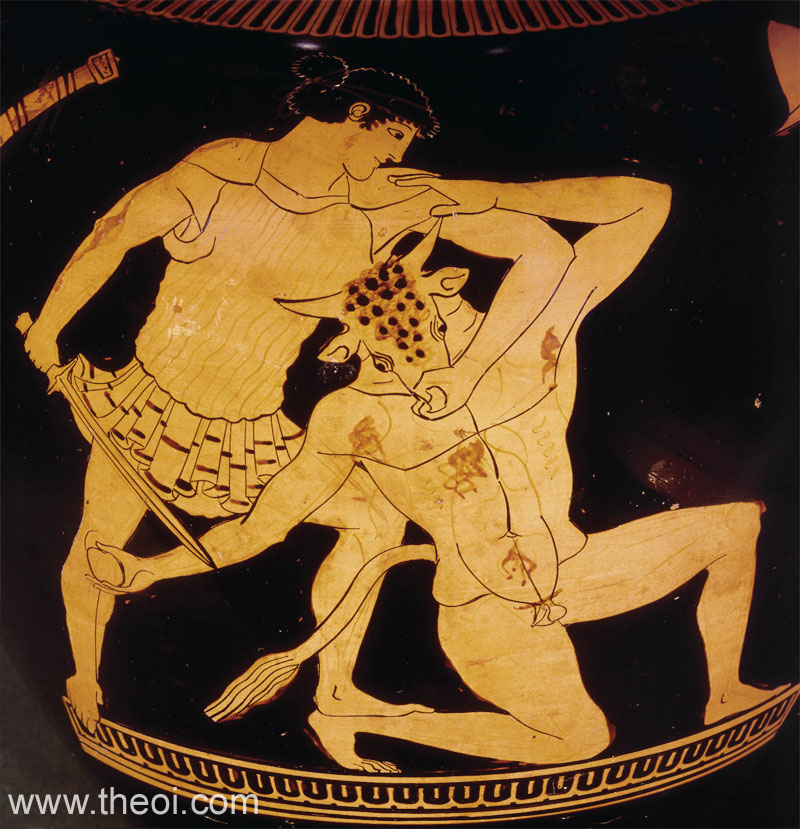 Like many Greek myths, the story of Hyppolyta and Theseus is rather complicated and full of adventure. To begin with, they are both demigods with remarkable gods for fathers. The Hyppolyta and Theseus Greek Mythology is a story about how they met and everything else that ensured as a result of their meeting.

Like most Greek myths, there are very many varying versions all of which have to do with love, sex, fights and some kind of disagreement. To understand their story, you need to look at them separately.

The story of Hyppolyta isn’t as complicated as that of Theseus. Hyppolyta was the daughter of Ares (the god of war) and Otrera, the Amazonian queen. Otrera was the daughter of Eurus (the East Wind), so in a way, she was a demigod too. Otrera became lovers with Ares, son of Zeus and god of war. Together, they had Hyppolyta. Otrera was also mother to Antiope, Melanippe, and Penthesilea.

Ares, Hyppolyta’s father, on the other hand, was the son of Zeus and the god of war. Not only was he powerful, but he was almost just as promiscuous as his father. His mother was Hera, the queen of the gods and the renowned goddess of marriage, family, and women. Ares had several lovers, among whom was Aphrodite, the goddess of love who just happened to be married to Hephaestus, one of the gods on Olympus.

Ares had a daughter with Otrera: Hyppolyta, who later became the queen of Amazonia after her mother. As a present, Ares gave her a girdle (the famous waist belt that signified her authority and rule over the Amazons). It is rumored that she was not only fierce in battle as the Amazons are known to be but that she was also very beautiful and the apple of many a suitors’ eyes. That is how come she captured the attention of Theseus when he was looking for a wife.

The Story of Theseus

Theseus’ story is a bit more interesting and a lot more complicated. Hyppolyta and Theseus Greek mythology have it that, Theseus was the son of Aethra, Poseidon and his human father, Aegeus. How can that be, you ask?

You see, Aethra was already married to Aegeus, the King of Athens and an amazing warrior in his own right. On the night of Theseus’ conception, Aethra lay with two men: her husband Aegeus and Poseidon, albeit inadvertently as she was wading in the waters of Sphairia. So legend has it that Theseus was an extra special boy as not only did he have royalty in his blood but he was also half god.

Add to that; he was also the cousin to Hercules with whom they had many adventures.

When he was born, his human father, King Aegeus, had doubts as to whether Theseus was really his son. Because Aethra wasn’t going to “out” herself, Aegeus decided to formulate a test for his would-be heir. Aegeus, being a warrior, had a special signature sword, shield, and some bespoke sandals.

For the test, Aegeus put these valuable possessions (the sword, shield, and sandals) under a heavy rock and told Aethra that if Theseus was truly his son and heir then he wouldn’t have any trouble lifting the rock, retrieving the signature items and finding his father when he was grown. And then he left and went to live with a friend in Athens as Aethra raised Theseus by herself.

When he was fully grown into a strapping young man, Aethra told her son Theseus that he was the son of two fathers: Poseidon and Aegeus. She also told him about the hidden trinkets under the rock and what his father had instructed before he left.

Being a demigod, Theseus had no trouble at all lifting the rock and retrieving the sword, shield, and sandals. Armed with these tokens, Theseus set out to find his father and lay claim to his earthly throne/birthright.

The Story of Theseus, His Step-Mother and the Marathonian Bull

When Theseus found his father, Aegeus had taken another wife, Medea with whom he had fathered another son, Medus. On finding his father, Theseus decided on keeping his identity secret, but Medea immediately saw that he was the son of Aegeus. She then became jealous and worried that if Aegeus found out that Theseus was his son, he would bless him as his heir instead of her son, Medus.

So Medea devised a plan to get rid of Theseus. She sent him on a task to bring back the “Marathonian Bull,” which was a sacred bull in Crete and the father of the Manitou that guarded the Labyrinths. She knew that even if Theseus succeeded in capturing the bull (very unlikely) the act would not go unpunished. Capture it he did.

On his return, his father threw a big party, and Medea saw another opportunity to get rid of Theseus. She poisoned his cup. However, as he was about to drink, his father saw the signature sword and shield on him and immediately recognized him as his long lost son.

The Story of Hyppolyta and Theseus

This is where things get murky. Some versions say that Theseus then hatched a plan to abduct Hyppolyta and force her into marrying him. A plan that only worked partially as well as it was hatched. The Amazonians went to Athens and freed their queen before she could marry Theseus.