Greek mythology is an assortment of unbelievable historical stories. Some stories are beyond our comprehension, while other stories are relevant in our society today. Without a doubt, these are the 6 most amazing Greek mythology facts that we have decided to share with you today! 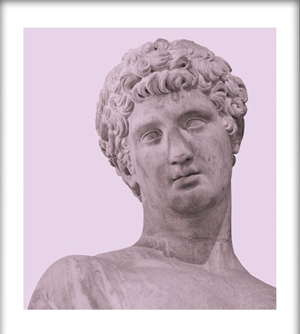 1. Present-day Athens is Named after the Greek Goddess Athena

Athena is the Greek goddess of wisdom, knowledge, and civilization. She was born from the head of Zeus after he swallowed his pregnant wife, Metis. She was born fully grown dressed in full armor ready for war.

She is considered to be Zeus’s favorite child. Because of her ties to civilization, her name is commonly referred to as Polias and Poliouchos, derivatives of polis, meaning “city-state.” Present-day Athens, Greece is named after the goddess Athena.

2. Aphrodisiacs are Related to the Greek Goddess Aphrodite

Today, you may have heard the word “aphrodisiac,” but did you know this modern word actually has ancient ties? It comes from the Greek goddess Aphrodite.

Aphrodite is the Greek goddess of love, beauty, and pleasure. It is a legend that Aphrodite had the ability to make people fall in love. Like the goddess Aphrodite, an aphrodisiac has the ability to bring feelings of desire, love, and arousal to those who consumed the food with one another.

3. Atlas: Leader of the Titans

For his punishment, Zeus made Atlas responsible for holding up the heavens and the earth, and he must hold them on his shoulders. Atlas was strong enough for the task, but it was difficult and tiring for the Titan.

4. Hestia, the Greek Goddess of the Hearth and Home and the Olympic Torch

Because Hestia was the goddess of hearth and home, Zeus ordered that every offering of food was to be sacrificed in the name of Hestia for her dedication and service. It was said that Hestia never let the fire in the home go out.

In modern medicine today, the iconic Rod of Asclepius is often used in medical logos and icons across the world. Additionally, the English word “therapy” comes from Greek “therapeia,” which means “healing, curing, or service of the sick.”

6. Nike, the Greek Goddess of Victory

Today, we hear the name Nike, and we envision a swoosh symbol with the famous slogan “Just Do It” that follows. Nike actually stems from the Greek goddess of victory, Nike. In addition to being the goddess of victory, she also had powers of great speed and flight.