Jason is one of the legendary heroes in Greek mythology. He is the leader of the Argonauts. The Argonauts are a group of Greek soldiers whose name comes from their ship called the Argos, as Argonauts mean “Argos sailors.”

The Argonauts banded together to help Jason in his quest for the Golden Fleece. This is one of the oldest myths told in Greek mythology.

Jason and the Quest for the Golden Fleece 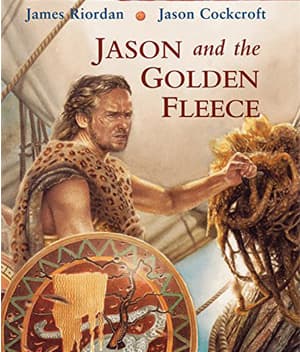 In the generations before Jason, there was a ram with wings and golden wool. The ram was sacrificed by the King of Colchis, Aeetes. The Golden Fleece was hidden in Colchis and guarded by a dragon.

Generations later, Jason’s father, the King of Iolkos, was killed by his own brother, Jason’s uncle Pelias. Pelias took the throne of his fallen brother to become king while Jason’s mother hid Jason on the Mountain of Pelion with Cheiron, a centaur.

When Jason grew to an adult, he went to visit his uncle to retake the throne that was rightfully his. If Jason wanted the throne, King Pelias was going to make him work for it.

King Pelias ordered Jason to retrieve the hidden Golden Fleece in order to prove he was worth having the throne.

Jason assembled his group of Greek soldiers called the Argonauts, who set out on their quest for the Golden Fleece.

Jason and the Argonauts arrive in Colchis

King Aeetes listens to Jason plead his case, and then he makes his decision. King Aeetes has decided that Jason must complete three extremely difficult and seemingly impossible tasks if he wants to obtain the Golden Fleece. Jason is disappointed that he must complete more tasks in order to gain his rightful seat on the throne.

In the meantime, Medea, daughter of Aeetes, falls in love with Jason and suggests that she can help him with these tasks.

The first task Jason must complete is to use fire-breathing bulls to plow a field. He would have to yoke them together to successfully plow the field. Medea helped Jason by giving him an ointment that protected him from the fire of the bulls. Without the ointment, Jason would have been fatally burned and unable to plow the field.

The next task Jason needed to complete was to sow the teeth of the dragon into the field. If a dragon’s teeth were sown in a field, they would sprout full-grown warriors. Medea told Jason that warriors would be sprouted once the teeth were sown, so he should be prepared for battle.

When the warriors sprouted, Jason turned them on one another by throwing a rock into the crowd of warriors. As the warriors did not know where the rock came from, they began fighting one another while Jason was able to escape.

Once Jason had fulfilled all the tasks, he returned to King Pelias. After returning to King Pelias, Medea had used her powers to restore youth to aging elders, and Pelias’s daughters wanted the same for their aging father. Medea complied, stating that she needed Pelias to be cut into pieces and added to a cauldron in order to perform the task.

His daughters agreed to cut Pelias into pieces in order to regain his youth. Instead of restoring youth, Medea kills Pelias. This causes Jason and Medea to flee to another land.

Instead of living happily ever after, Jason becomes engaged to another woman, which infuriated Medea. Medea kills the future bride of Jason’s by creating a dress that burned her as she wore it. Medea also kills her two sons that she had with Jason and quickly fled to Athens.

Jason was now without a family. One night as Jason slept beneath Argos, the stern of the ship broke off and killed Jason. He died alone.